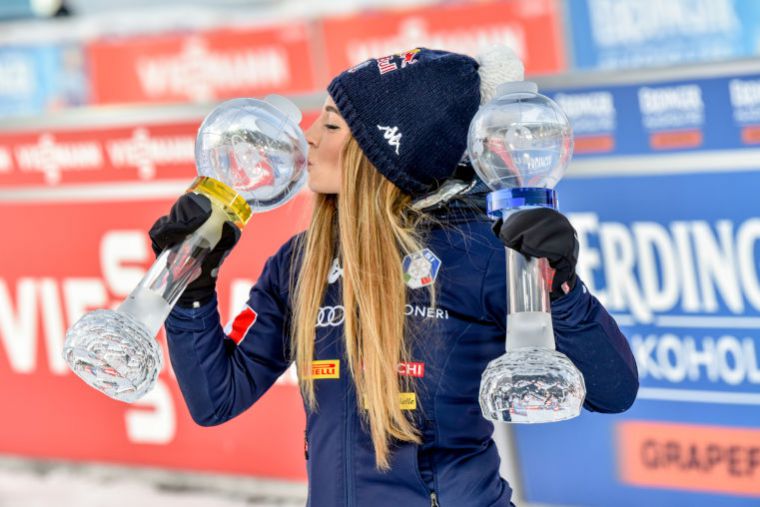 Photo: Julia Sadykova.
Dorothea Wierer.
The amount of prize money has been rising in Biathlon World Cup in recent years, unlike in cross-country skiing. The biggest prize sums are devided in biathlon world championships, which are also included in the world cup.

Since 2018-2019 the total amount of prize money has been 7 million euros each season.

The winning team in a four athlete relay receives a total of 26 000 euros (to share), which means 6 500 euros per person. Single mixed relay’s winning duo receive 6 500 euros each. Top six of each relay are rewarded.

At the end of the season ten best countries (Nations Cup) will be rewarded with prize sums for women and men. The best country will get 50 000 euros and even the 10th best country receives a nice sum, 11 000 euros.

In Biathlon World Cup the athletes also receive a so-called bib-bonus, which means that the leader of the total cup and each race format (pursuit, sprint, mass start etc.) is rewarded with 1000 euro bonus for each start.

Besides medals, extra earnings is a good motivation for the athletes in the Biathlon World Championships, where 140 800 euros is rewarded in one start. The total sum is divided between 15 athletes to finish first. The top three receive 25 000, 19 000 and 14 000 euros.

The prize sums are nice in the relays as well, since the winning team is rewarded with 30 000 euros. The top eight countries in single mixed relay are also rewarded, and the winning duo receives 7 500 euros each.