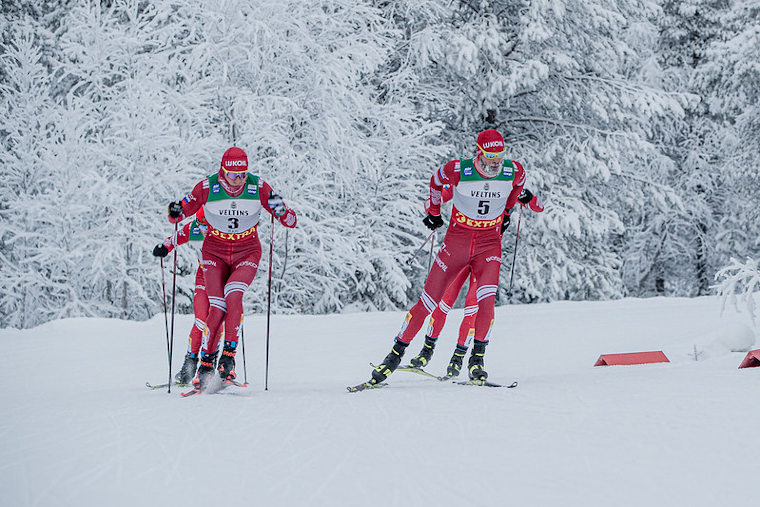 Photo: Teemu Moisio (Ruka Nordic -kuvapankki)
Sergey Ustjugov (nro 5).
Russia has once again a very impressive team for the Tour de Ski. Women's Russian top three Natalia Nepryaeva, Tatiana Sorina and Yulia Stupak will be fighting for top spots for sure. The Russian men's team of nine skiers is lead by Alexander Bolshunov who hasn't yet shown his best this season due to illness.

The Russian men's team is very strong and many skiers have potential to finish in the top six. Yet one of the biggest Tour favourites is absent as Sergey Ustiugov is not included in the Russian team. Ustiugov has decided to concentrate on the Beijing Winter Olympics where he wants to put the Olympic disappointmets behind him and win his first Olympic medals.

Ustiugov would have been one of the favourites on the Tour alongside Bolshunov and Johannes Hösflot Kläbo. Ustiugov has participated on the Tour four times and has finished in the top three every time. He won the Tour in 2016/17.