The next indoor track & field European Championships will be held in Istanbul, Turkey between 2nd and 5th of March 2023. See the schedule of the competition and further information! 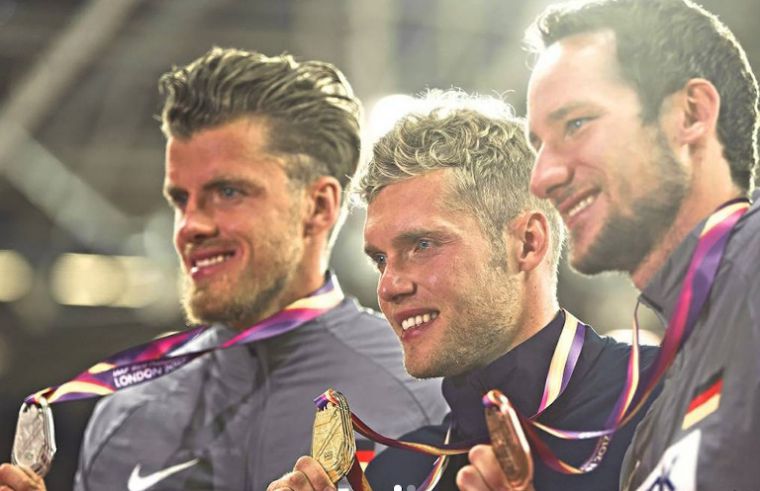 In 2023 the indoor European Championships are held in Istanbul, Turkey.


The Istanbul event begins on Thursday, March 2nd with an evening session and thereafter both morning and evening sessions are competed daily from Friday to Sunday.

The exact timetable has not been announced yet but here is the preliminary schedule.


We will update the entry standards here.


We will update the live result links here.


In women's triple jump we witnessed an intense fight for the gold medals. Patricia Mamona (POR), Ana Peleteiro (ESP) and Neele Eckhardt-Noack (GER) finished within one centimeter with results of 14.53, 14.52 and 14.52. All eight finalists jumped over 14 meters.


Karsten Warholm ran to the victory of 400 metres with a European indoor record. His compatriot Jakob Ingebrigtsen also grabbed the victory in 3000 meters. Laura Muir ran two championships to the delight of the home crowd.


Ivana Spanovic pounded as long as 724 in the long jump competition and won the European Championship gold. Kevin Mayer got his first big win in heptathlon with a European record of 6479. In the men’s long jump, Izmir Smajmaj won Albania's first gold medal in the country’s history.


The Swede Johan Wissmann got the only elite competition victory of his career in 400 metres with a time of 45,89. Two golds for Estonia: Mikk Pahapill in heptathlon (6362) and Ksenia Balta in long jump (687).

Sebastian Bayer won gold in long jump with a ghost jump of 871. The winner of pole vault, Renaud Lavillenie, with a result of 581, got his first elite competition medal. Dwain Chambers accelerated the European record to 60,42 in 60 metres.


Double victory for Swedes in a high jump 1) Stefan Holm 234, 2) Linus Thörnblad 231. Italian Assunta Legnante, currently blind and competing as a para-athlete, took the women’s gold in shot-put with a result of 18,92.


The Swedes continue to strike: Holm jumped his lofty record of 240 in high jump, the Kallur twins Susanna and Jenny got a double victory in the 60 metres hurdles, Carolina Kluft got the gold in pentathlon with a result of 4948 and Robert Kronberg won the only elite competition medal of his career in the 60 metres hurdles with a time of 7,65. Yelena Isinbayeva exceeded the indoor world record of 490 in pole vault.

The women’s pole vault was in the elite competition program for the first time. The gold was taken by Island's Vala Flosadottir with a result of 416.


The only elite competition victory in the long career of the British high jumper Dalton Grant, if the 1998 Commonwealth Championship is not included. Grant is remembered for his tremendous starting heights. For example, at the World Championships in Athens in 1997, he started his competition when the bar was set at a height of 232. In Paris, Grant surpassed his previous record of 237.


19-year-old Zhanna Tarnopolskaya from the CIS won the women’s 60 metres with a time of 7,17. At the World Championships in Edmonton in 2001, she defeated the legendary Marion Jones in the 100 metres final. By then Tarnopolskaya was married and had changed her last name to Pintusevich.


Women’s triple jump was included for the first time in the elite competition program, albeit only as a show sport. The victory was taken by Soviet Galina Tsistjakova with a result of 14,14. She also won the long jump gold with 685.


Nelli Cooman (NED) set a new world record of 7,00 as she stormed to a victory. Also, long jumpers Robert Emmijan 832 and Heike Drechsler 718 won with a great results.


21-year-old Soviet Sergei Bubka won the gold medal in pole vault with a result of 570.


17-year-old East German Heidi Krieger got bronze in women’s shot-put with a “reasonable” result of 20,18. Her later career stages include the European Championships gold medal in outdoor tracks in 1986 and a gender correction process.


20-year-old Italian Stefano Tilli got the gold in 60 metres with a time of 6,63. Tilli was still fourth in the same sport in Ghent 17 years later. He was also engaged to Merlele Ottey for some time.


Swedish Linda Haglund got a silver in 50 metres with a time of 6,17. Later that year, Haglund got caught of using anabolic steroids.


Polish Zofia Bielczyk won the 60 metre hurdles with a world record time of 7,77. Outdoors, her best elite competition ranking was the last place in the 1980 Moscow Olympics in 100 metre hurdles finals.


Polish Marian Woronin won his first of total of four men’s 60 metres European Championships with a time of 6,57. Outdoors, Woronin's record best result in the 100 metre dash was an impressive 10,00. In the women’s 400 metres, Kratochvilova froze to silver.


Greek Vassilios Papageorgopoulos got the silver in the men’s 60 metres. Later during his life, he has served as, for example, The Mayor of Thessaloniki and is currently imprisoned for corruption offenses.


West German Thomas Wessinghage won the first of his total of four European Championships in the men´s 1500 metres race.


The hosting coutry won both the men's and women's 4 x 182 metre relays. In both races only two teams participated.


First gold in major events for the Czech shot putter Helena Fibingerova with the result of 19,08.


French Jacky Boxberger won gold in 1500 metres with a time of 3.45,66. Boxberger died in 2001 after having being stomped by an elephant in Kenya.


Antonina Ivanova from the Soviet Union got bronze in the women’s shot-put competition with a result of 18,69. Ivanova (b. 1932) was ninth in the Munich Olympics the following year - the best track & field Olympic ranking in history of the grandma series!


An interesting relay competition was included in the sports program for the third time: 1 + 2 + 3 + 4 laps, a total of 1950 metres. In the men’s competition, only the Polish team got a ranking.