Willingen in Germany hosts both women's and men's FIS Ski Jumping World Cup weekend in the beginning of February 2023. Take a look at the Willingen ski jumping event schedule and results. 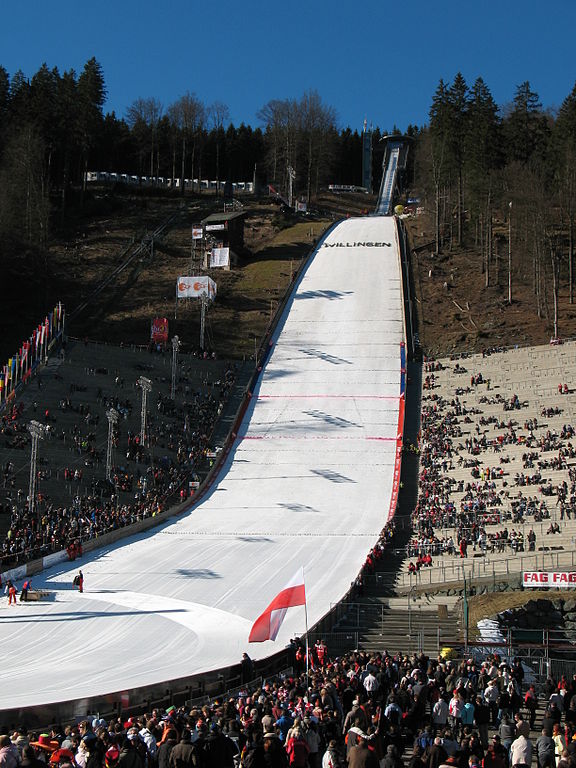 In 2023 Willingen hosts a World Cup weekend for men and women between 28th and 30th of January.

The large hill in Willingen that is used in the World Cup competitions is called Mühlenkopfschanze. It has a hill size is 145 metres and it's the biggest large hill in the world.

The hill record of 153 metres is held by Poland's Klemens Murańka (jumped in January 2021).


The World Cup weekend in Willingen begins with a mixed team event and individual qualifications on Friday. The weekend continues on Saturday and Sunday with individual large hill competitions.

Only one round was jumped in each competition.