The athletics season continues in Zagreb, Croatia on Tuesday with the Hanžeković Memorial event.
Etusuora: 15.09.2020 08:58Athletics 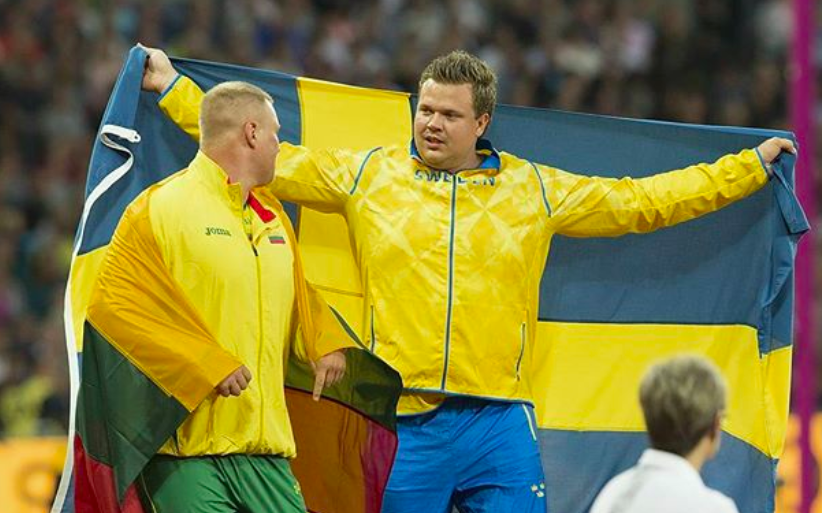 Photo: Olavi Kaljunen / Trackpic
Andrius Gudzius and Daniel Stahl.
The Continental Tour Gold series event the Zagreb Meeting takes place on Tuesday in the capital of Croatia, Zagreb. After Zagreb the tour continues with one final event, the Kip Keino Classics, in Kenya the 3rd of October.

The shot putters started early in Zagreb and competed already on Monday. USA:s Ryan Crouser continued his amazing performances by throwing yet again almost 23 meters. Crouser won the competition with 22,72 which is only 19 centimeters less than his personal best and 40 centimeters short of world record of 23,12 held by his country man Randy Barnes.

Crouser showed his impressive form in the competition throwing four times over the 22 meter line.

Some picks from Tuesday


In men's discus throw Sweden's Daniel Ståhl will try to return to center podium after his first loss of the season on Sunday. Lithuania's Andrius Gudžius beat him in Berlin with one meter throwing 66,72. The Lithuanian will the challenging Ståhl again on Tuesday in Zagreb.

Ståhl's results have been on a slight downhill lately compared to his impressive start of the season. In last three competitions Ståhl's best throw has been "only" 67,28. Earlier this season his standard level has been well over 68 meters.

In women's discus Croatia's Sandra Perkovic will return in front of her home crowd after been away from the scene for several months. Her only competition this season was in March when she threw 65,93 in Split, Croatia. During the years of 2014-2018 Perkovic got used to throwing well over 70 meters but last year her 70-meter-streak got broken with SB 68,58.

Ukraine's Yulia Levchenko is one Tuesday's top names. She's the favourite in women's high jump and will try to improssive her world lead result of 200. Interestingly the Zagreb Meeting record is held by the Croatian legend Blanka Vlasic who jumped her PB, Croation national record and women's second highest jump all time of 208 in Zagreb in 2009.