Bischofshofen: Polish strongly grabbing to the victory of the 4Hills Tournament

The victory of the 4Hills Tournament will be resolved in Bischohshofen in Austria on Wednesday.
Etusuora: 05.01.2021 18:18Ski Jumping 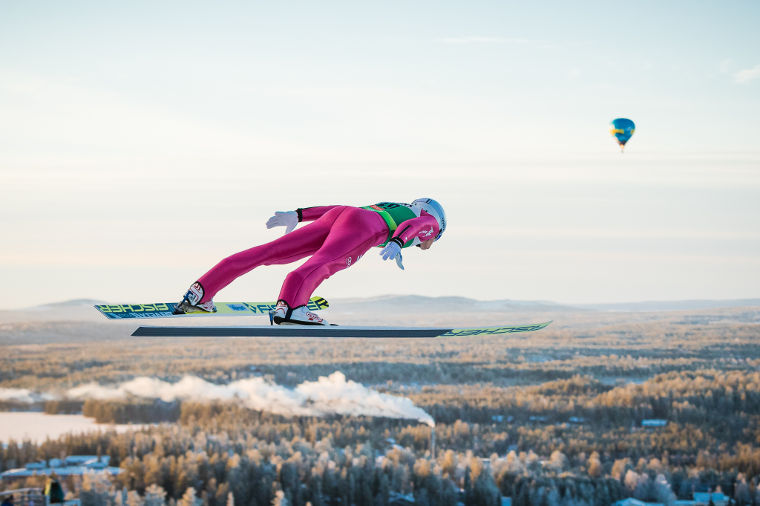 Halvor Egner Granerud, the overwhelming leader of the Ski Jumping World Cup, was responsible for one of the biggest surprises in the Innsbruck competition by proving his mortality. The meagre 116.5-meter jump in the first round was only enough to rank 28th, but better success of the second round eventually raised him in the competition to 15.

The Norwegian will start the final competition of the Hills Tournament in Bischofhofen from third place, 20.6 points behind Kamil Stoch, who is leading the overall competition. Granerud’s stumbling in Innsbruck was not that unique, as his first round jump the opening competition in Oberstdorf was also weak, given his previous World Cup performance.

Granerud is expected to be a top performer on Wednesday, as he is preceded by two rock-hard Polish veterans. Stoch, who is leading the competition, has presented great performance throughout the Hills Tournament by jumping to ranks 2-4-1. It is also certain that the skies of the 33-year-old Polish will not jerk easily, as he already possesses two Four Hills Tournament victories and several Olympic and World Championship medals.

Dawid Kubacki received addition to the family just before the opening competition, which naturally affected his concentration and thus his result in the competition was sluggish - 15th. After this, the jump of the reigning winner of the 4Hills Tournament began to be found again and the Pole rose to the podium, both in Innsbruck (victory with a hill record) and in Innsbruck. Kuback is still far from top-notch Stoch with 15.2 points, so there is plenty to do.

Of the Germans, the most expectations were put on Markus Eisenbichler, but so far Karl Geiger seems to be more potential jumper in the podium fight. Geiger was only 16th in Innsbruck, which is explained by a failure in his first round. In the second jump, the German loaded a nice 128 meters onto the board.

Eisenbichler has been a bit struggling through the Tournament but has still a great chance to reach the podium on Wednesday.