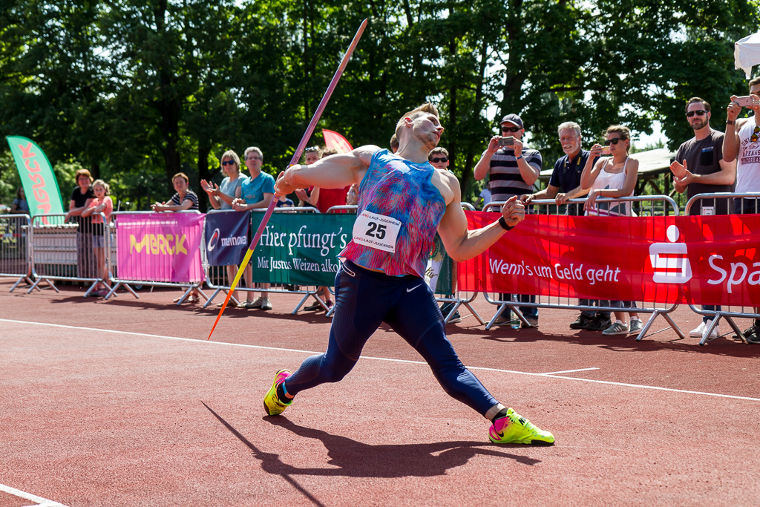 On the third round of the competition Vetter threw a huge throw. In fact it was the second longest throw of all time with the current javelin model: 97,76! The throw came only 72 centimeters short on Czech Republic's Jan Zelezny's thought to be unbeaten World Record of 98,48.

Vetter improved his personal best with more than three meters (previous PB 94,44). He continued his amazing form on the fourth round throwing an impressive 94,84. The result is also the new German record.